Hundreds of women in the nation’s political capital Yaounde have denounced the gruesome killing of innocent school children in secondary school in Kumba Meme Division of the Southwest region last Saturday.

The women stormed the Yaounde City Council premises today in a protest to denounce the sad incident. Amongst the the women was the minister of women’s empowerment and the family, Marie Therese Abena Ondoa and other and other top state functionaries.

Equally in Bamenda thousands of women equally staged similar protest denouncing the killing of the children over the weekend.

Meanwhile in Dschang west region of Cameroon some youths equally stormed the streets in similar protest. 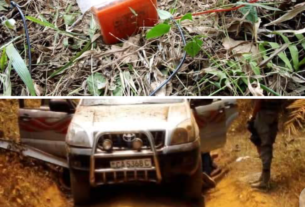