A notorious Amba fighter General Ayeke of Libialem has been neutralised today in Baseli Wabane, Lebialem in an operation carried out by the 6th BIR sector

He was killed this morning at 6:am and 10 people rescued from his camp, 3 young girls including a baby.
According to the military, he was killed during a confrontation that started on Sunday night and most of Ayeke’s elements escaped with injuries, their camp destroyed and a BIR element killed.

His corpse was brought to kumba via military helicopter which landed at the headquarters of the 6th BIR sector at Mabanda Kumba 3 Sub-Division.

Later on, the corpse was displayed at BICEC junction Kumba fir the population to vie.

At press time, the corpse was later on taken away by the military after viewing. 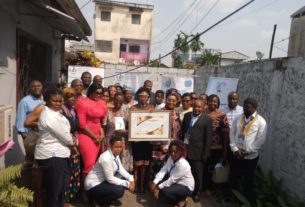