Sources close to the French embassy in Cameroon say the French government has no military presence and involvement in the war on Ambazonians in NW/SW Cameroon.

This is happening at a time when the French government has been criticised for staying mute on the crisis in the Northwest and Southwest regions of Cameroon.

The source further disclosed that the French government is not very much involved in what is happening in the NW, SW regions of Cameroon because she has not yet been invited and more so the main problem of Cameroon is not the crisis in the NW, SW; but endemic corruption which is deeply routed in all fabrics of the Cameroonian society.

The source also told LKI that it is not in the interest of the French government to discuss with the ambazonians leaders nor call for a dialogue because the problem is internal and must be solved by Cameroonians.

The source equally questioned why many anglophones in the NW and Southwest hate the French government; while asserting that France has no hands in the killings ongoing in NW, SW regions.

“Cameroon is an independent country which gained her independence since 1961 and the problem in NW , SW regions is an internal problem and France cannot just intervene in sovereign country like that” the source added.

French companies operating in Cameroon have lost over 30% of their investments since the crisis started in the Northwest and Southwest regions of Cameroon. 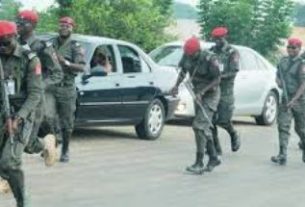 350 Special Forces Deployed to Bamenda Ahead of Twin Elections