The minister of territorial administration Paul Atanga Nji has voted at UpStaion in Bamenda for the partial rerun of the 2020 legislative and municipal elections.

According to the minister Paul Atanga Nji, voting is the only legitimate way of choosing leaders.

Paul Atanga Nji also sensitised the population to respect coronavirus preventive measures prescribed by WHO and the government of Cameroon. The minister and Northwest Chief executive officer Adolph Lele L’Afrique later board a special flight to Furawa to inspect the voting process in that part of the region. 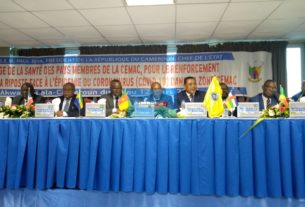 Cameroon:Confirmed cases of Coronavirus swell To 10