Reports say the form three student is currently being detained at the
Nkolbisson Police Station in Yaoundé after he had escaped to his residence at the Oyom Abang neighborhood shortly after committing the act on his victim.

Sources say the suspected assassin stabbed his teacher because he was trying to seize his cell phone. However state media reports have it that the dispute erupted when the teacher refused giving the student (alleged assassin) undeserved marks.

Mr Njoni Tchakounte Maurice was rushed to the University Teaching hospital,CHU, Yaoundé shortly after the ugly incident where he later died at the emergency unit. Sadly to note that the maths teacher was just newly absorbed into the public service and had not yet received his first salary. 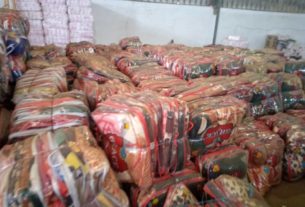 Another teacher killed By Student in Yaoundé