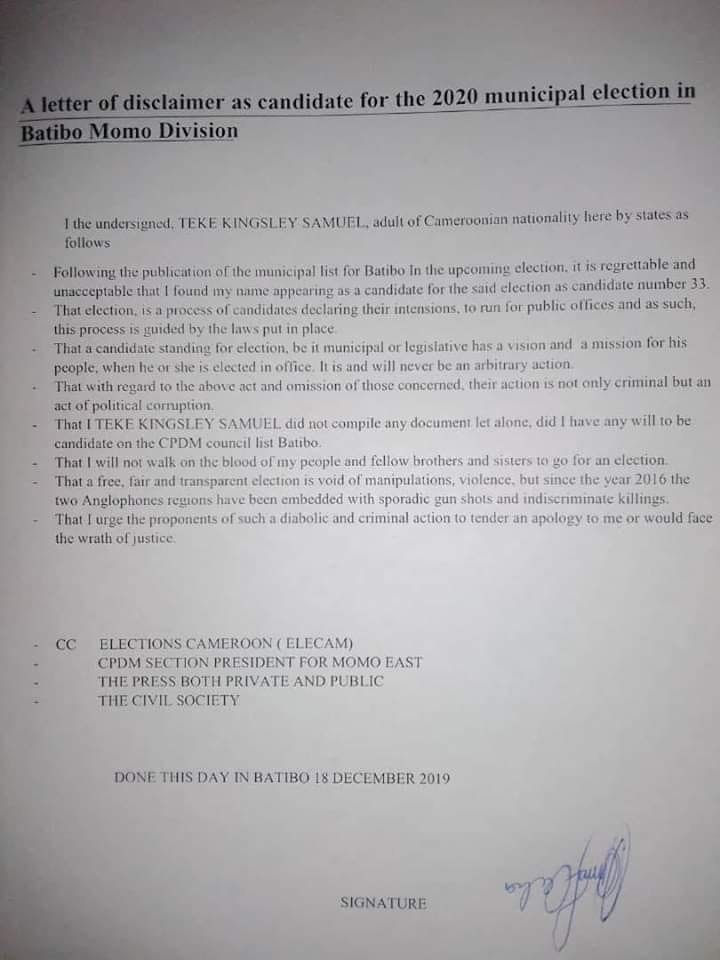 As the February twin elections draw near , more candidates are announcing their resignation from the electoral list. This time around is CPDM Batibo as Teke Kingsley says name was put on the electoral list without his knowledge.

Ambazonian fighters have warned against the holding of elections in the NW, SW regions. The threats have forced many candidates to issue disclaimers claiming their names were put on the electoral list without their consent.

Fresh threats were issued few days ago through a video footage by the leader of Red Dragon armed group in Lebialem Field Marshal who had been declared dead sometime back.

The Sdf Response Plan Against Coronavirus in Cameroon.